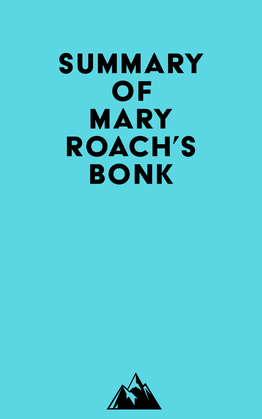 by   Everest Media (Author)
Buy for $3.99 Excerpt
Nonfiction Human science Language arts & disciplines Journalism
warning_amber
One or more licenses for this book have been acquired by your organisation details

#1 Scientists have long studied sex to understand human sexual response. However, they have done so by studying animals. It took science a long time to get its nerve up to put sexually aroused human beings under scientific scrutiny.

#2 The first to dip a toe in the potentially scalding waters of research into human sexual response was William Masters, but he was aided by his associate, Virginia Johnson. Robert Latou Dickinson was the first doctor to take a detailed sexual history from each of his patients.

#3 The author, Dickinson, was inspired and emboldened by the frank speech of some of his tenement house patients. Not only were these women at ease talking about their sexuality, but a few eventually allowed him to make observations.

#4 The first scientist to bring sexual arousal and orgasm into a laboratory was the psychologist John B. Watson. He chafed at science’s reluctance to study human sexuality as it studies human nutrition or planets.