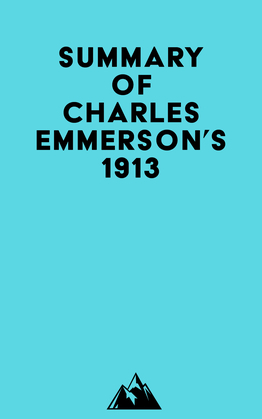 #1 In 1913, it was Belgium where the force fields of European integration most overlapped. The medieval Flemish city of Ghent hosted the Exposition Universelle et Internationale, as had Brussels a few years before.

#2 The age of empire, and Belgium’s role in it, can be seen in the 1913 World’s Fair in Ghent, which was hosted by a Belgian king. The gold and white exhibition buildings were set in extensive, well-ordered gardens. At night, the whole place was lit up with electric lights.

#3 Europe was not just a geographic description for those of a certain class, but a lived reality for those who could travel across it. The continent was filled with palace hotels, from the newly opened Carlton in St Moritz to the gold and marble gaudiness of the Negresco in Nice.

#4 Europe’s aristocrats, leisured classes, and middle classes all had their sense of commonality forged through common social experiences. Europe’s working classes had their sense of solidarity enshrined in the doctrines of socialism and workers’ internationalism.