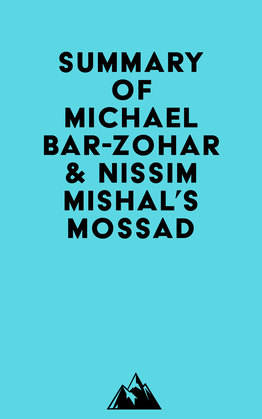 #1 In 1971, the Israeli Defense Forces launched Operation Chameleon, in which they killed the leaders of the Popular Front for the Liberation of Palestine, a terrorist group. The operation was planned by Meir Dagan, a young commander who had posed as Lebanese terrorists and met with the terrorist leaders.

#2 Dagan was a stocky young man who had applied to join the most prestigious Israeli commando unit, Sayeret Matkal. He was sent to the Gaza strip in 1971, where he created the first undercover Israeli commando unit. They operated in Arab disguise to move freely in Arab crowds and reach their targets undetected.

#3 Dagan was a man haunted by the suffering of his family and the Jews during the Holocaust. He dedicated his life to the defense of the newborn State of Israel.

#4 Dagan was a retired general when he was asked to be the Mossad chief by Prime Minister Arik Sharon. The Mossad was losing steam, and several failures in the preceding years had dealt severe blows to its prestige.