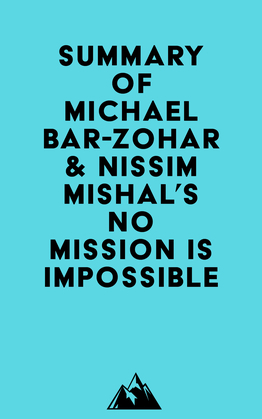 Summary of Michael Bar-Zohar & Nissim Mishal's No Mission Is Impossible

#2 The Israeli forces had gained control of a strip of land between Hulda and the approaches to Jerusalem, west of Latrun. The front commander, General David Marcus, decided to try reaching Jerusalem from the plain by jeep.

#3 The Road of Valor was built to get supplies to Jerusalem, and it was completed on the night before the truce began, on June 11, 1948. The work, however, continued till July 14, when the UN observers visited the site and saw the Israeli trucks climbing all the way to Jerusalem.