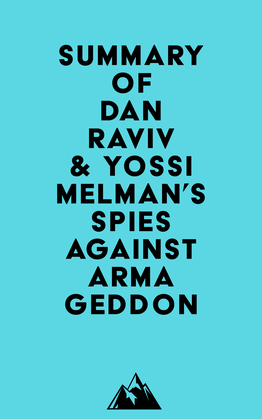 #2 Before the rise of the Shi’ite clerics and Ayatollah Ruhollah Khomeini’s establishment of the Islamic Republic in 1979, Iran had nuclear aspirations. The Shah had American, French, German, and Canadian companies queuing up for big contracts with him.

#3 In the early 1990s, after Khomeini’s death, Iran renewed its nuclear bomb-building program. It had some help from Russia and China, but above all from Pakistan’s notorious nuclear traveling salesman, Abdul Qader Khan.

#4 The Mossad and Israeli military intelligence agency, Aman, had concluded that Iran’s nuclear program was advancing on two tracks. One was civilian, to generate electricity and for research to help medical and agricultural needs. The other was military, to develop the ability to make nuclear bombs.