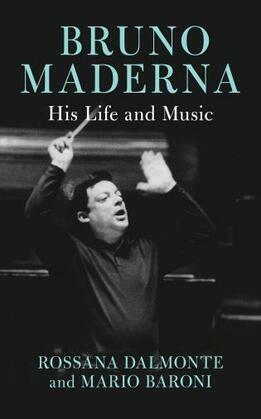 Bruno Maderna was one of the most influential composers in the twentieth century. He was the eldest of the group of Italian composers born in the 1920s (along with Berio, Nono, Donatoni, and others) who began their career shortly before the second World War and were able to exploit the opportunities offered by the new world that emerged in the post-war years.

Maderna’s story is quite unique. He rose to fame early in life as a child prodigy and his exceptional talent was soon noticed by Gian Francesco Malipiero, who stimulated his interest in ancient music, a passion that remained constant even when the European avant-garde insisted that new music should start from year zero. After first approaching “classic” dodecaphony, his musical style then tended toward total serialism and “open form.” In his last years he developed a particular interest for the theater. Satyricon was born in Tanglewood in a short version and later achieved notable success worldwide. His work as a conductor made him particularly sensitive to the reaction of the public, leading him to carefully calibrate his approach to composition without being swayed by fashionable ideals or philosophies. Despite his warm and outgoing nature, Maderna rarely expressed his personal views in writing or in interviews.

Many of the biographical details given here are taken from his correspondence and from reports of his travels and engagements across the world, which took him as far as the United States, Iran South America, and Japan.