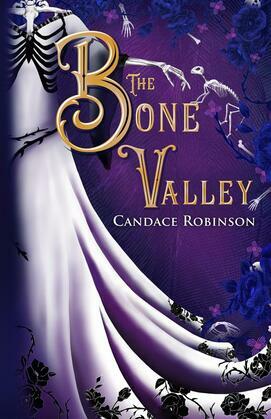 by Candace Robinson (Author)
Buy for €3.99 Excerpt
Fiction Fantasy Romance Fantasy Gothic Contemporary & supernatural fantasy Paranormal
warning_amber
One or more licenses for this book have been acquired by your organisation details

He’s a lover. She’s a thief. A magic like no other will bind them together.

After the death of his parents, Anton Bereza works hard to provide for his younger siblings. Love has never been in the cards for him, especially after desperation forces Anton to sell himself for coin. And he has no idea that, beneath the city of Kedaf, lies a place called the Bone Valley.

When Anton’s jealous client plots against him, he is cursed to spend eternity in a world where all that remains are broken bones. There, Anton meets Nahli Yan—a spirited woman who once tried to steal from him—and his cards begin to change. But as the spark between them ignites, so does their desire to escape. All that stands in their way is the deceitful Queen of the Dead, who is determined to wield her vicious magic to break Anton and Nahli apart. Forever.

The Bone Valley is a stand alone book in the Marked By Magic Duology. Each book is set in the same world but can be read in any order. Perfect for fans of Kingdom of the Wicked, A Court of Thorns and Roses, and Daughter of Smoke & Bone. This is one delicious romantic fantasy filled with swoon, enemies to lovers, and unique magic that you won't want to miss!