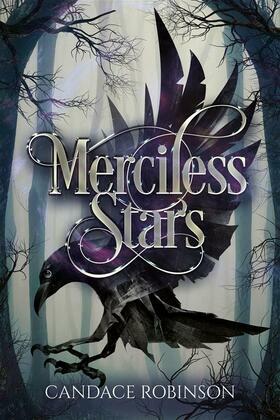 by Candace Robinson (Author)
Buy for €3.99 Excerpt
Fiction Romance Fantasy Gothic Fantasy Contemporary & supernatural fantasy Paranormal
warning_amber
One or more licenses for this book have been acquired by your organisation details

Two sisters. Two loves. And a secret that can destroy them both.

For years, Silver has used her magic to draw the same human soul, Keelen, from the afterlife and place him into a wax raven she created. Each visit, her impossible relationship with Keelen deepened, leading Silver to want more than friendship. Yet it isn’t until after Silver and her queen sister, Afton, are forced to defend themselves from an enemy king's guards, that Silver discovers a way to give Keelen human life and become Afton’s weapon.

Afton had never given her heart to another … until she met Ragan. Just when it seems she’s found true love, she must temporarily push her feelings aside and accept a betrothal contract from the enemy king to keep her territory safe. But when Afton uncovers a danger that threatens all she has built, the sisters must put a stop to it before everything they love, including their sisterly bond, shatters.

Merciless Stars is the second enticing stand alone book in the Marked by Magic duology. Each book is set in the same world but can be read in any order. Perfect for fans of Kerri Maniscalco, C.N. Crawford, and Emma Hamm. If you love sizzling romance, strong female leads, twists and turns, and magic, then this is one addicting dark romantic fantasy you won't want to miss!