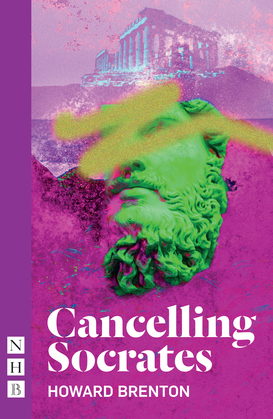 by Howard Brenton (Author)
Buy for $18.49 Excerpt
Fiction Drama
warning_amber
One or more licenses for this book have been acquired by your organisation details

Today, Socrates is revered as the founding father of Western philosophy. But in 399 BC Athens, he was a pain in the neck.

The plague is over, democracy is (just about) restored, and everyone would like to get back to normal. How hard is it for one ageing firebrand to stop asking questions? It's time to shut him up...

Based on eyewitness accounts, Howard Brenton's Cancelling Socrates is a provocative and witty play about an uncompromising voice in dangerous times. It was premiered at Jermyn Street Theatre, London, in June 2022, directed by the venue's Artistic Director Tom Littler.

'A rich play of ideas... Brenton's script combines the ancient and modern so well that everyday profanities sit next to talk of slaves (ever so subtly ironised) and big philosophical ideas to create sparky, bathetic moments... [there are] clear, clever parallels to today... arresting and fiercely intelligent' - Guardian

'Howard Brenton's [play] looks delightfully like Up Pompeii! and has plenty of smart things to say... a buzzy hive of intellectual activity, swarming with witty repartee... asking big questions about faith and existence, the individual and the state, with the lightest of touches... a resonant warning from antiquity' - Telegraph

'A fascinating chamber play, an inspired combination of ancient and modern, high-flown rhetoric and gutter speech' - The Times