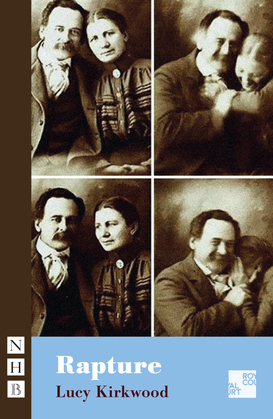 by Lucy Kirkwood (Author)
Buy for $18.49 Excerpt
Fiction Drama
warning_amber
One or more licenses for this book have been acquired by your organisation details

Noah and Celeste Quilter met on a blind date organised by a newspaper, fell in love, got married and had a baby. But from the very earliest days of their relationship, they were under surveillance. And when they started a fight for their future, they never guessed it would cost them their lives.

In a modern world where reality is whatever we imagine it to be, how do we know the stories we tell ourselves are true? What happens when there's only one person in the whole world you can truly trust? And what if they never take the bins out?

Rapture by Lucy Kirkwood is a slippery thriller about love, power and belief which premiered at the Royal Court Theatre, London, in June 2022, directed by Lucy Morrison. It was promoted under the title That Is Not Who I Am, by Dave Davidson, a pseudonym.