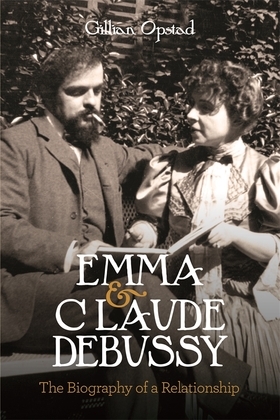 The Biography of a Relationship
by Gillian Opstad (Author)
Buy for $24.95 Excerpt
Nonfiction Biography & autobiography Composers & musicians Arts Music Classical History & criticism
warning_amber
One or more licenses for this book have been acquired by your organisation details

The singer Emma Bardac (1862-1934) has often been presented as a woman who ensnared Claude Debussy (1862-1918) because she wanted to be associated with his fame and to live a life of luxury. Indeed, in many biographies and composer-related studies of Debussy, the only mentions that she receives are brief and derogatory. Here Emma Bardac and her relationship with the composer take centre stage. The book traces Emma's Jewish ancestry and her background, the significant role of her wealthy uncle Osiris, her marriage at seventeen to the wealthy Jewish banker Sigismond Bardac, her affair with Gabriel Fauré and her liaison with and subsequent marriage to Debussy. As Gillian Opstad shows, the pressure and stifling effects of domestic life on Debussy's attitude to his composing were considerable. The financial consequences of their partnership were disastrous, and their circle of close friends was small. Emma suffered physically and mentally from the tensions of the marriage, particularly money worries, and the possibility that Debussy was attracted to her older daughter. She considered divorce but supported him through his deepest depression and during the First World War until he succumbed to cancer in 1918. After Debussy's death, Emma felt driven both on his behalf and for financial reasons to further performances of the composer's works and provoked the annoyance of other musicians by having early compositions resurrected, completed and performed. In this engagingly written biography, Gillian Opstad brings to light little-known facts about Emma's background and family, advances new insights into her relationship with Debussy, and provides a glimpse of an early twentieth-century Parisian milieu that experienced wide-spread antisemitism.