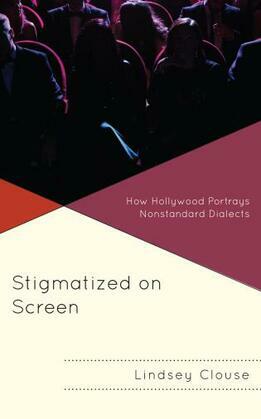 This book reveals how marginalized communities and women are underrepresented on our screens and, too often, depicted in stereotypical ways. This is doubly true for marginalized speakers—those who speak traditionally “nonstandard” dialects. Lindsey Clouse examines the origins of linguistic prejudice and how our public schools perpetuate the myth of “bad” English. By dissecting the 500 top-grossing films of the last 20 years, Clouse exposes how speakers of Black English, Southern U.S. English, Spanish-influenced English, and gendered speech patterns are represented, underrepresented, misrepresented, and mocked. Clouse analyzes hundreds of films and characters to reveal how filmmakers and audiences work together to reinforce negative beliefs about stigmatized dialects and the people who speak them and reveals how those beliefs stack up against decades of linguistic research. She concludes by showing that these portrayals translate to real-life linguistic discrimination and discusses the ways in which we can combat this often-hidden prejudice. Scholars of introductory sociolinguistics, american dialect studies, and media studies, will find this book of particular interest.