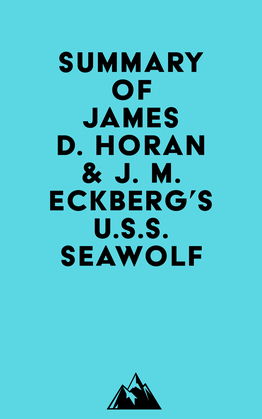 #1 I had come to Portsmouth that morning from San Diego, where I had been advanced in rank to radioman, first class. I had put in for the Seawolf when I learned she was being built, and they had told me that if I was selected, I'd sail under Lieutenant Commander Frederick Warder.

#2 I was transferred to the Wolf, and I was to be her radio and sound man. I was to learn the boat and report back to the captain. I was impressed with the calm sureness and friendliness of my new captain.

#3 The crew of the Wolf began to gather now. They were picked submarine men from all over the world, from San Diego and Mare Island, China and New London, Panama and Seattle. They were tough-muscled and tough-minded.

#4 The crew of the Seawolf was made up of a variety of men from all different backgrounds. They had no private lives, and they had been in the Navy for ten or more years. They were paid 50 percent more than other service members.