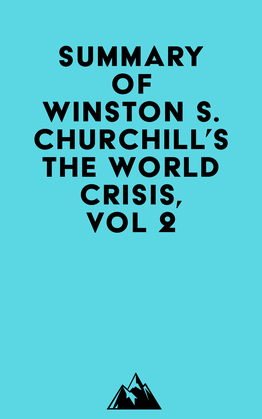 #1 The year 1915 was disastrous for the Allies and the entire world. By the mistakes of this year, the opportunity was lost to confine the fire within limits that were not uncontrollable.

#2 The Battle of the Marne was a complete deadlock between the great combatants in the West by land and by sea. The German fleet remained sheltered in its fortified harbours, and the British Admiralty had no way of drawing it out. The trench lines ran continuously from the Alps to the sea, and there was no possibility of manœuvre.

#3 The war of exhaustion is a plan of frontal attack that is doomed to fail. It is a tale of the torture, mutilation, or extinction of millions of men, and the sacrifice of all that was best and noblest in a generation.