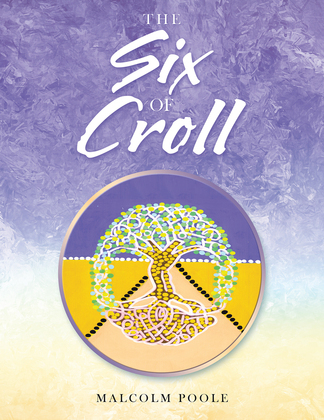 The Six of Croll

by Malcolm Poole (Author)
Buy for $4.99 Excerpt
Fiction Fantasy Thrillers
warning_amber
One or more licenses for this book have been acquired by your organisation details

The village of Malla is besieged with the tension between the 4 creeds. An evil power is manipulating and playing the creeds against each other. The more mistrust he can create the more power he achieves.

Protagonists intro. Mecco with teenage angst is searching for answers to life, the hatred between the creeds and acceptance from his family. This story is based on his diaries.

Mecco with his best friend Peto are teenagers both of the Dation Creed. On their excursion to the beach through the forbidden forest of Gong and the sand dunes of Croll they encounter 4 other teenagers from the other 3 creeds. It is forbidden for any of the Creeds to interact with each other so there is tension and mistrust on the first encounter.

The plot. They make a pact to meet every week at the Dunes of Croll and over the next few months a trust grows between them. Then on a certain day they are exposed to the Lords of Mardascon and the Elves from the forest of Gong who explain to the 6 of Croll that together they have great power and can destroy the Evil.

The Evil Lord with no name is aware of the Elven prophecies and sends the Pernicious, 6 dragons to search and capture the 6 of Croll. The prophecies explain a task they must take to save the world from the Evil. 4 Elves who had been sent to bring the children together leave with the 6 and together they follow the ancient prophesies

The capture of Lord Sebcon, the elf El Mazrew and Mecco by the Evil and imprisoned in the city of Malfarcus creates a power change and drastic measure must be taken.

The escape by Mecco and El Mazrew and the possibly of re-joining of the company and the Lords.

Mecco is caught in the web of a giant mutated spider of Cadaban.

The company of Elves, Dwarfs and Lords meet at the bridge of Malfarcus with the evil opposite with his army and the pernicious Mecco still dizzy from the spider bite standing in the middle of the bridge with the Evil trying to manipulate him to join the dark side. With his friends on the other side projecting positive thoughts to him. Final image. Mecco joins the sex of Croll, the Elves, Dwarfs and the Lords and the company of good stand together facing of the evil on the other side of the Gorge of Malfacus. To be continued.