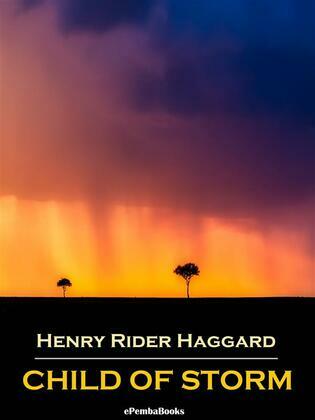 by Henry Rider Haggard (Author)
Buy for €0.50 Excerpt
Fiction Action & adventure Romance Fantasy
warning_amber
One or more licenses for this book have been acquired by your organisation details

“Child of Storm” is set in 1854-56 and tells the story of Allan Quatermain hunting in Zululand and Mameena (Child of Storm), a beautiful African girl who causes great turmoil in the Zulu kingdom. Quatermain helps his Zulu friend Saduko win 100 cattle to buy Mameena's love. The mysterious Mameena, however, has other ideas - she wants to marry Allan Quatermain.

“Child of Storm” is the second in a trilogy by Haggard involving the collapse of the Zulu kingdom and featuring the dwarf Zikali. The first book is “Marie,” and the third, “Finished.”
Format
EPUB
Protection
DRM Free
Publication date
May 06, 2022
Publisher
ePembaBooks
ISBN
9791221330342
File size
977 KB
The publisher has not provided information about accessibility.
4643219
item