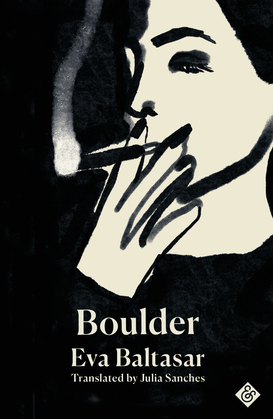 by Eva Baltasar (Author)
Buy for $13.62 Excerpt
Fiction Literary Hispanophone literature
warning_amber
One or more licenses for this book have been acquired by your organisation details

Working as a cook on a merchant ship, a woman comes to know and love Samsa, a woman who gives her the nickname ‘Boulder’. When Samsa gets a job in Reykjavik and the couple decides to move there together, Samsa decides that she wants to have a child. She is already forty and can’t bear to let the opportunity pass her by. Boulder is less enthused, but doesn’t know how to say no – and so finds herself dragged along on a journey that feels as thankless as it is alien.

Once again, Eva Baltasar demonstrates her pre-eminence as a chronicler of queer voices navigating a hostile world – and in prose as brittle and beautiful as an ancient saga.