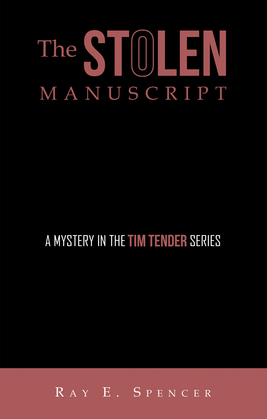 A Mystery in the Tim Tender Series
by Ray E. Spencer (Author)
Buy for $3.99 Excerpt
Fiction Mystery & detective Suspense
warning_amber
One or more licenses for this book have been acquired by your organisation details

A Private Eye, originally from Florida, now living in Baltimore, is hired to find a famous missing horror author and his latest manuscript, the writer, one of Mobtown's own.

Tender nodded in the direction of the dead Venom. “What’s on his right arm?”
“Believe it or not, it’s a Webster’s Dictionary. Here, use my pen to flip through these page numbers on this log. Be careful—it’s a Paper Mate. Here’s a pad; write down the words that are highlighted.”
Tender bent down and crossed under the yellow-and-black tape surrounding the crime scene. “I have my own notebook and pen, a Montblanc.”
“Well, excuse me for livin’, hon!” Omaha said with a smile.
“What’s with the ‘Caution: Wet Paint’ on the strip surrounding the body?”
“All the ‘Police Line: Do Not Cross’ ones are being used; Captain Calvert ordered more, but Chief Crossland said they haven’t arrived.”
“Busy day, huh?”
“It’s Thursday.”...
“You were a bad boy; it was deserved,” PI Tender stated. “Revenge murder, huh?...
“Seems likely.”
“Think he was on the take with the mob?” Tender questioned.
“Wouldn’t have thought it, but his nose area does look somewhat raw. Get a little closer, check out his mouth.”
“It’s full of oysters!”
“Definitely a full house,” Omaha said.
“Are those bloodstains on his shirt?”
“Cocktail sauce. Sergeant Small was able to get a little taste. A negligible amount of blood around the wound...