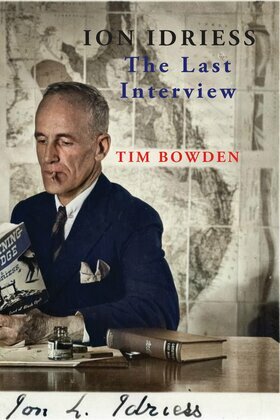 by Tim Bowden (Author)
Buy for $7.99 Excerpt
Nonfiction Biography & autobiography Historical Literary
warning_amber
One or more licenses for this book have been acquired by your organisation details

Ion “Jack” Idriess (1889 – 1979) is recognised as one of Australia’s great storytellers, having published over 50 books including the Outback tales of Lasseter’s Last Ride, Flynn of the Inland, and The Cattle King alongside major histories of Broken Hill, Broome and Cooktown.

This book is his last interview in 1975, prompted by the then-young Tim Bowden, for a possible ABC Radio program that did not eventuate due to Idriess's fading voice. Within this book Idriess talks of his early years in Broken Hill, he tells of his earliest writing for the Bulletin, on living and photographing Aboriginal tribes in the Kimberlys and Cape York; on the writing of his books like Madman’s Island and My Mate Dick; his life with the pearlers of Broome and Thursday Island; on the joys of prospecting, living in the Wild, and on Lasseter and his diary.

Full of colourful characters and true stories, Ion Idriess allows us into his unbridled enthusiasm for Australian and Aboriginal history.