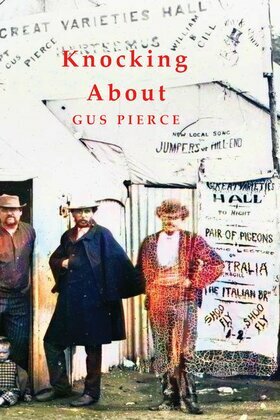 by Gus Pierce (Author)
Buy for $7.99 Excerpt
Nonfiction Biography & autobiography Adventurers & explorers Literary
warning_amber
One or more licenses for this book have been acquired by your organisation details

American-born Gus Pierce arrived in Australia in 1860 and promptly deserted, swimming ashore at Port Phillip. He worked as a photographer for Batchelders and painted scenery for the Lyceum theatre before hunting for snakes with Joe Shires - the inventor of a snake-bite cure. He compiled a strip map of the Murray River from Albury to Goolwa, by navigating it in a canoe with an Aboriginal dancer and a tracker in 1863, eventually skippering several steamboats along the Murray between 1868 and 1876.
In 1869 in Echuca he began painting historical panoramas and toured scenes, with musical accompaniment to Wagga Wagga, and a further series showing at his Hill End Tent Theatre in 1872 in a musical recue with William Gill, who went on to write the first Broadway musical. His Mirror of Australia panoramas were toured to Geelong and Castlemaine - where he added the male impersonator, Ellen Tremayne in 1881. Impresario, navigator, photographer and artist of Austral scenes - here is his confounded life with his own illustrations.