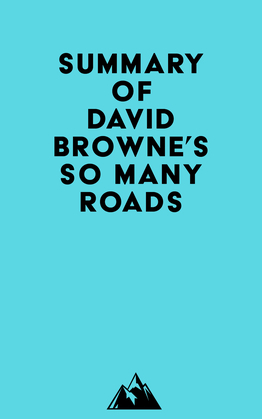 Summary of David Browne's So Many Roads

#1 On October 24, Nikita Khrushchev, the first secretary of the Communist Party of the Soviet Union, sent a letter to President John F. Kennedy that practically had bile spit on it. Kennedy had addressed the nation about the discovery of missile bases in Cuba, and on October 22, US ships headed for Cuba just as Soviet subs moved into the area.

#2 On October 27, the situation had taken another turn for the ominous: the Soviets shot down a U2 plane over Cuba, and American Air Force carriers were put in place in case of war. The two teenagers wanted to be together forever, so they spent the night in a Palo Alto fallout shelter.

#3 Garcia and Meier had become a couple in the fall of 1961. They had met when Garcia was teaching at a school in the Peninsula. The two were swept up in a world of folk music, poetry, coffee, cigarettes, and spontaneous car-fueled adventures.

#4 The first tragedy was so painful that Garcia could not talk about it. In August 1947, Joe Garcia, the son of a Spanish immigrant and owner of a bar in downtown San Francisco, was fishing in the Trinity River in northwest California. He slipped, fell in the water, and drowned.