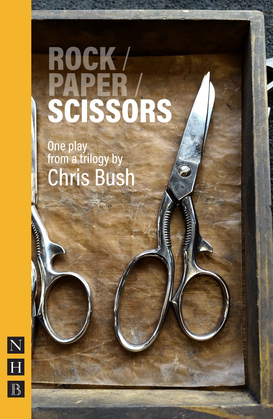 by Chris Bush (Author)
Buy for $18.49 Excerpt
Fiction Drama
warning_amber
One or more licenses for this book have been acquired by your organisation details

The apprenticeships are only meant to last a year - there were never any guarantees beyond that. For Ava, Liv, Mason and Trent, they're just trying to get through the day. They don't know why there's an endless stream of strangers passing through, but no-one ever tells them anything. In a couple of months they'll be kicked out anyway, and God knows what happens after that. Who's looking out for them?

Scissors is a play about family, heritage and legacy, and is part of Chris Bush's trilogy of plays about a Sheffield manufacturing family, Rock / Paper / Scissors. The three plays were first performed simultaneously with the same cast moving between three theatres in Sheffield – the Crucible, the Lyceum and the Studio – as part of Sheffield Theatres' fiftieth birthday celebrations in 2022.