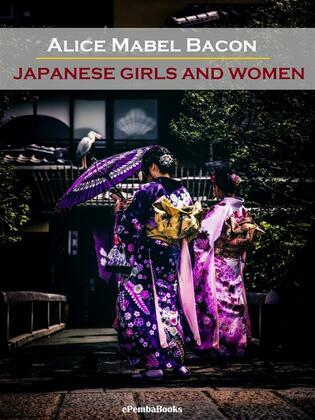 Originally published in 1911, “Japanese Girls and Women” is a book by American writer and women's educator Alice Mabel Bacon. Bacon was an American foreign advisor to the Japanese government in mid-nineteenth and early-twentieth century Japan. After receiving an invitation to serve as a teacher at a school for girls in 1888, Bacon found herself going back again in 1900 to help establish the Joshi Eigaku Juku (Women's English Preparatory School).

“Japanese Girls and Women” gives very interesting information about the life of Japanese women and girls at the beginning of the 20th century in respect to subjects such as childhood, education, marriage, being a wife and mother, old age, samurai women, peasant women, court life, life in the cities, and domestic service.