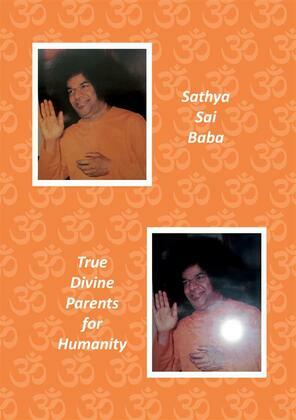 Sathya Sai Baba
True Divine Parents for Humanity
Dears Readers, cordial greetings.
Still, you might ask: ‚Sathya Sai Baba – who is that?!‘
If you haven‘t switched on your mobile to research him in the first place.
Since Sai Baba has left his ‚mortal coils‘ in 2011, there seems to be less public discussion on his life and his spiritual and worldly legacy.
What remains are the amazing social institutions – large ashrams, schools, colleges, a university, world-standard maximum care hospitals, huge water-providing projects – and countless selfless-service organisations all over India and the world, which Sai Baba has founded in such a solid way that they are all operating sucessfully even today, about ten years later.
And there are almost endless amounts of books and media on Sathya Sai Baba and about the ‚impossible‘ divine feats of his life.

A Matter of Balance
But there are also other reports, mainly in the internet, that decry Sai Baba‘s work, actions and intentions in very low ways.
Therefore, this book has now been written for spiritually interested people, who prefer to hear all sides out, who truly had contact from close quarters with this Avatar of Humanity – rather than jumping to spectacular, if below the belt conclusions, often long-distance, without ever seeing Sai Baba in person.
It is in order to help setting a hopefully more impartial – if thoroughly personal – perspective on these True Divine Parents of Humanity, as we have experienced Sathya Sai Baba, that we have written this book.
It intends to integrate the various narrations on Sathya Sai Baba with our own exchange with him in such a way – that you, Dear Readers, will hopefully be able to gain a somewhat better balanced imagination of this super-human being that often was simply called Sai.