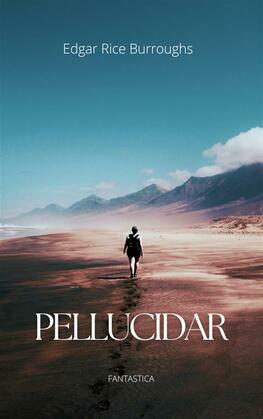 Pellucidar is a fictional Hollow Earth setting created by Edgar Rice Burroughs. The surface of the planet is almost entirely covered by water, leaving a handful of scattered islands as the only land masses. The interior of the planet is inhabited by a variety of prehistoric creatures including dinosaurs and other giant prehistoric animals. The story follows David Innes and Abner Perry as they are transported to Pellucidar after finding a strange metal sphere in an abandoned mineshaft.