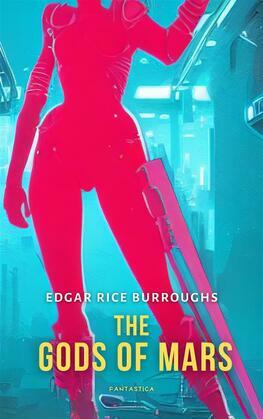 The Gods of Mars

The story is set in the fictional world of Barsoom, which is based on the planet Mars. The novel tells the story of John Carter, a Civil War veteran who is transported to Barsoom, where he becomes embroiled in a conflict between the Tharks and the humanoid red Martian race. Carter finds himself with superhuman strength and abilities due to the lower gravity of Mars, and he uses these abilities to help the Tharks defeat their enemies.