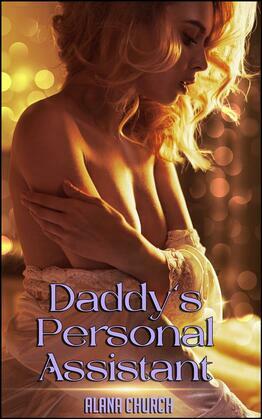 "For God's sake, get me a drink," she rasped at the bartender. "Water." She smiled at the girl beside her. "Hi. I'm Destiny."

"Yes." Destiny nodded her thanks at the bartender as he handed her a glass. "Mom had three boys in a row. When the sonogram came back the fourth time saying I was a girl, she said her heart's desire had been granted. And Dad said that was a lovely name for a girl. So here I am. My work name is April." She made a face. "I don't like it much. But it does the job."

She was smaller than Destiny. Short, dark, with tip-tilted eyes and coal-black hair, clad in a black sheath dress that clung to her form. But her body was lushly curved at breast and hip. Destiny stared at her, then away, feeling her body heat with an unexpected jolt of lust.

"So," she asked, trying to keep her voice steady. "What office do you work out of?"

"Minneapolis," Desire replied. She smiled. "With all of those Scandinavian girls up there, a Filipina like me is positively exotic."

"Oh." Destiny looked at her again. The woman was absolutely gorgeous, with smooth, dark skin, black hair that fell in rippling waves past her shoulders, and an erect carriage that nevertheless failed to conceal a smoldering sensuality. Even standing still, she seemed to sway, as if she were dancing to a beat only she could hear.

Desire seemed to sense her interest, and her smile grew wider. Destiny looked away, blushing. "Have you seen my...have you seen Mr. Waterstone?"

"The boss? Yeah. I saw him heading out the door a little while ago with a couple of hot MILFs." Desire grinned. "From what I've heard, it's sort of a holiday tradition for him with those girls." She made a face. "Though no one has ever told me the details. I don't think we're going to be seeing them again tonight."

Jealousy stabbed through Destiny's guts like a knife. "Two...two of them?" she stammered. It didn't take much imagination on her part to guess which two it had been.

Desire nodded. "Yeah." She looked closely at Destiny. "What's wrong? Were you hoping to get the boss man alone for yourself tonight?"

"Well, if you're not looking to lay the boss, why not me?" Desire asked bluntly. Her hand settled on Destiny's rear, making her jump as she squeezed. "I've had a good month, and I'm in a mood to celebrate, and you're just my type. For a girl." The dark-haired woman moved closer, until Destiny could feel the heat of her body. "What do you say?"