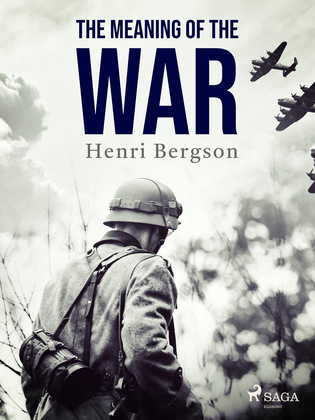 The Meaning of the War

For those interested in a more philosphical aspect of war, ‘The Meaning of the War’ by Henri Bergson is a short non-fiction work that explores ‘Life & Matter in Conflict’, as the subtitle of the book tells us.

A renowned French philosopher, Bergson delves into the history and politics of war, specifically examining Germany during World War I. This book criticizes the ideology that might is right. A policy that has been fatal for regions that neighbour Germany.

To further get insight into the philosophical aspect of war, Sigmund Freud's essay ´Reflections on War and Death´ provides a great perspective on the modern mental state of people during WWI.

Henri Bergson was a French philosopher, born in 1859, who criticised his contemporary Kant, and debated Albert Einstein. In 1927, Bergson won the Nobel Prize in Literature "in recognition of his rich and vitalizing ideas and the brilliant skill with which they have been presented".