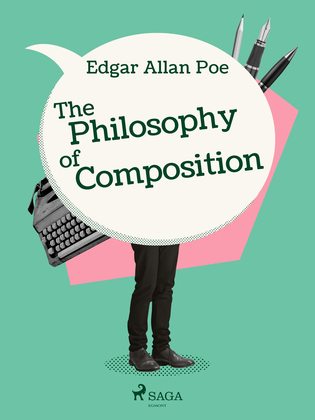 The Philosophy of Composition

by Edgar Allan Poe (Author)
Buy for $2.99 Excerpt
Nonfiction Biography & autobiography Literary essays
warning_amber
One or more licenses for this book have been acquired by your organisation details

By using his renowned poem ‘The Raven’ as an example, Poe explains how good writers write well, concluding that brevity, ‘unity of effect’ and a logical method are the most important factors.

Taking the reader through the deliberate choices made when writing the poem, the author also discusses theme, setting, sound, and the importance of refrain.

‘The Philosophy of Composition’ (1846) is a perfect read for literary scholars, writers, and fans of Poe.

Edgar Allan Poe (1809–1849) was an American writer, poet, editor and literary critic, best known for his gothic, macabre tales that include ‘The Fall of the House of Usher’, ‘The Tell-Tale Heart’, and ‘The Murders in the Rue Morgue’.

One of America’s first short story writers, Poe is considered the inventor of detective fiction and a key figure in both horror and science fiction. His work had a profound impact on American and international literature and he was one of the first American writers to earn international recognition. His other notable works include ‘The Raven and other Poem’s’, (1845) ‘The Cask of Amontillado’, ‘The Fall of the House of Usher’, and ‘The Tell-Take Heart’.

With many of his stories adapted for TV and screen, including the gothic 2014 film ‘Stonehearst Asylum’, starring Kate Beckinsale, Michael Caine, and Ben Kingsley, Poe continues to influence literature, film, and television to this day.