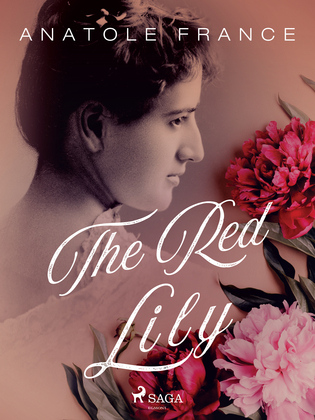 by Anatole France (Author)
Buy for $2.99 Excerpt
Fiction Classics
warning_amber
One or more licenses for this book have been acquired by your organisation details

Therese, a socialite tired of her loveless marriage, strikes up an affair with a man who cherishes her. Still discontent, she begins another affair, slipping further into depression and jealousy as all her loves come to see their undoing.

Through this simple yet riveting plot, Anatole France paints vivid portraits of Paris and Venice, two of his most treasured cities. A love letter to city life and cynicism, ‘The Red Lily’ (1894) represents France at his best.

Fans of Anatole France’s work will be delighted with ‘The Red Lily’, but it also will appeal to wider readers of literary fiction for its bold writing and simple, meaningful plot.

Anyone who enjoys effective love stories tinged with cynicism like Joseph Gordon Levitt’s ‘500 Days of Summer’ will also find something to love in this beautifully crafted story.

François-Anatole Thibault (1844 – 1924), better known as Anatole France, was a French journalist, poet, novelist, and Nobel laureate for literature. Spending much of his early life in his father’s bookshop, France quickly rose to prominence as a respected author of over 25 works.

A French Classicist writer with a style reminiscent of Voltaire and Fénélon, France’s work has a strong preoccupation with scepticism and hedonism. He is best remembered for his classic French novels ‘La Rôtisserie de la Reine Pédauque’ (1893) and ‘Le Crime de Sylvestre Bonnard’ (1881). France’s works have had a historic legacy, and he is recognised today as one of France’s most prominent authors.