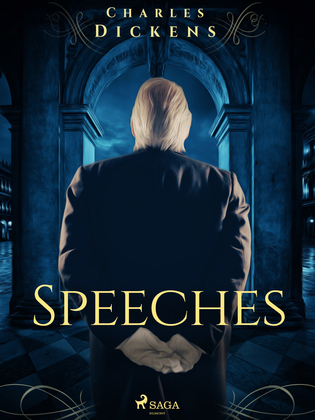 by Charles Dickens (Author)
Buy for $2.99 Excerpt
Nonfiction Biography & autobiography Fiction Classics
warning_amber
One or more licenses for this book have been acquired by your organisation details

Charles Dickens is renowned as one of the best writers of the Victorian era, and his after-dinner speeches were very much in demand during his lifetime. Dickens spoke on public occasions as a literature representative, and in sympathy with humanitarian movements. He even delivered a speech at the Theatre Royal in Drury Lane, London on Wednesday, 27th June 1855. On one occasion, Dickens became critical of the administrative costs of running a charity and certainly didn't hold back in saying so. "I say openly, and plainly, that this fund is pompously and unnaturally administered at great expense, instead of being quietly administered at small expense."

Can you imagine enjoying a meal in the 19th century and suddenly Charles Dickens stands up to deliver a speech? This collection of speeches from Charles Dickens allows readers to experience that moment for themselves.