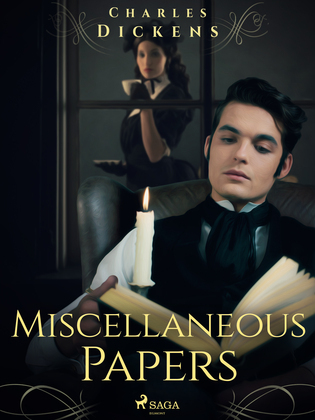 by Charles Dickens (Author)
Buy for $2.99 Excerpt
Nonfiction Biography & autobiography
warning_amber
One or more licenses for this book have been acquired by your organisation details

Anyone who has read Dickens’ novels such as ‘Oliver Twist’ will know that the writer was a moralist, satirist, and social reformer, and this volume of non-fiction essays brings together some of the writer’s most interesting views on social issues. ‘Miscellaneous Papers’ contains such papers as 'The Agricultural Interest', 'Threatening Letter to Thomas Hood from an Ancient Gentleman', 'Crime and Education', 'Capital Punishment', and 'The Spirit of Chivalry in Westminster Hall' among others.

Regarded by many as the greatest novelist of the Victorian era, Charles Dickens is best known for creating some of the world’s best known fictional characters who feature in his most popular novels, including The Artful Dodger in 'Oliver Twist’, Ebenezer Scrooge in ‘A Christmas Carol’, and Miss Havisham in ‘Great Expectations’. Dickens’ timeless novels and short stories are still widely read today and many have been adapted into countless TV programmes and films, including the Academy Award-winning musical ‘Oliver’, and 'A Christmas Carol' which is well known worldwide and is a huge favourite movie for families to watch together at Christmas time.