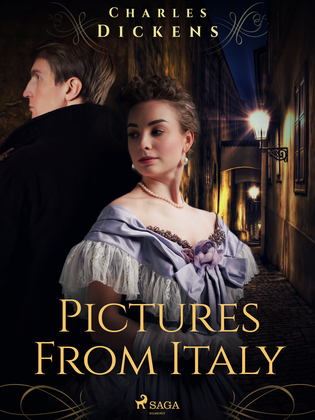 by Charles Dickens (Author)
Buy for $2.99 Excerpt
Nonfiction Biography & autobiography Travel
warning_amber
One or more licenses for this book have been acquired by your organisation details

'Like a chaotic magic-lantern show, fascinated both by the spectacle it offers and by himself as spectator.'

Pictures from Italy is a travelogue by Charles Dickens.

In 1844 Charles Dickens took a break from writing novels and travelled through Italy. While there he visited the sites of Rome, Naples, Venice and Florence, however, it was the Italians themselves and their streets and lifestyle that caught Dickens' imagination.

This book is a treasure for anyone wanting to dig a little more into the life of Charles Dickens and find out about the man behind the famous stories.

Charles Dickens (1812-1870) was a widely popular English author and social critic. Among his most famous novels are ‘Oliver Twist’, ‘A Christmas Carol’, and ‘Great Expectations’. Dickens is best known for his depictions of poor Victorian living conditions and his unforgettable characters, some compassionate and others grotesquely malicious.

Dickens’ timeless tales are still as celebrated today as when they were written, and his literary style is so influential that the term Dickensian was coined to describe the literature he inspired.

Many of Dickens’ novels have been adapted for movies and television, including the Academy Award-winning musical ‘Oliver’. 'A Christmas Carol' is well known worldwide and is a huge favourite movie for families to watch together at Christmas time. The most famous movie was from Disney in 2009 starring Jim Carrey, Gary Oldman and Colin Firth.