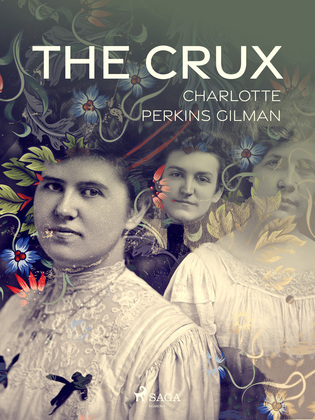 by Charlotte Perkins Gilman (Author)
Buy for $2.99 Excerpt
Fiction Classics Fairy tales, folk tales & mythology
warning_amber
One or more licenses for this book have been acquired by your organisation details

´The Crux´, by Charlotte Perkins Gilman, is a fictional novel about an entrepreneurial group of women in North America. First published as part of a series in the feminist journal ´The Forerunner´ in 1910, ´The Crux´ tells the story of Vivian Lane and her female associates, who move away to start a boarding house for men in Denver, Colorado.

Often cited as an important early feminist work, the novel metaphorically and directly examines social issues relating to gender, the role of women, politics, marriage, and stereotypes. The fictional leading character, Vivian Lane, meets and falls in love with Morton Elder who carries the diseases gonorrhoea and syphilis – which becomes a barrier to marriage and having a family more due to the utopian notion that it would harm the ‘national stock’, rather than the concern of being a risk to Lane’s health.

The book was originally written, in Gilman’s words, as a "story for young women to read in order that they may protect themselves and their children to come."

After working as a tutor and painter, Perkins – a self-declared humanist and tomboy – began to work as a writer of short stories, novels, non-fiction pieces and poetry. Her best-known work is her semi-autobiographical short story, inspired by her post-natal depression, entitled ‘The Yellow Wallpaper’, which was published in 1892 and made into a film in 2011.

Charlotte Perkins Gilman was a member of the American National Women's Hall of Fame and strongly believed that "the domestic environment oppressed women through the patriarchal beliefs upheld by society". A believer in euthanasia, she was diagnosed with incurable breast cancer in January 1932 and subsequently took her own life in August 1935, writing in her suicide note that she "chose chloroform over cancer".