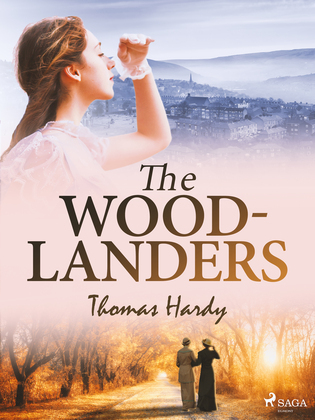 by Thomas Hardy (Author)
Buy for $2.99 Excerpt
Fiction Classics Romance
warning_amber
One or more licenses for this book have been acquired by your organisation details

Upon returning to her humble village life in Dorset after years of schooling, Grace Melbury discovers that her family have new plans for her, as her childhood sweetheart, the woodsman Giles Winterborne, is now considered beneath her.

When a new suitor, the charming Doctor Edred Fitzpiers, notices Grace, her father decides the two must marry. Will Grace find a way to choose a future for herself, or will she be doomed to a loveless marriage?

A tale of adultery, lies, and betrayal, ‘The Woodlanders’ follows the scandal of Grace Melbury as it consumes the town of Little Hintock. A classic Thomas Hardy affair, readers of ‘Wuthering Heights’ or ‘Jane Eyre’ will fall in love with ‘The Woodlanders’.

Thomas Hardy (1840-1928) was an English writer of poetry, novels, and short stories. He belonged to the Victorian realist tradition in English literature and was influenced by the writings of Romanticism.

His novels strongly criticise Victorian society for constraining individuals in regard to marriage, education, and religion: shunning happiness in the name of social propriety.

Hardy’s works explore themes of love, class, and poverty with a painstaking devotion to realism. His best-known works include ‘Far From the Madding Crowd’, ‘The Mayor of Casterbridge’, ‘Tess of the d’Urbervilles’, and ‘Jude the Obscure’.