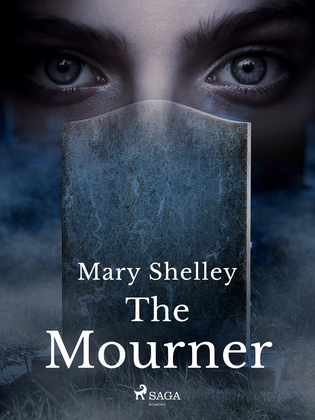 While out walking with his fiancé Juliet in Virginia Waters, a young Neville stumbles across the unmarked grave of his childhood friend, Ellen. Juliet demands to know the truth and Neville is forced to reveal a long held secret and face up to his heart-breaking past.
‘The Mourner (1829) is a classic, short story by the English writer Mary Shelley, famous for her best-selling novel ‘Frankenstein’. This tale is a reflection of the grief and guilt experienced by Shelley after her husband, Percy Bysshe Shelley drowned at sea.

Mary Shelley (1797–1851) was an English author and travel writer best known for her ground-breaking Gothic novel ‘Frankenstein’ (1818). Considered one of the first true works of science-fiction, the book became an instant bestseller.
It has been adapted for TV, stage and film on many occasions, with Boris Karloff famously playing Frankenstein’s monster on screen in 1933. Other adaptations include ‘Mary Shelley's Frankenstein’ (1994) starring Kenneth Branagh and Robert De Niro and ‘Viktor Frankenstein’ (2015) starring Daniel Radcliffe and James McAvoy.
Shelley’s other novels include Valperga (1823), The Last Man (1826), Perkin Warbeck (1830), Lodore (1835), Falkner (1837) and the posthumously published Mathilde (1959). However, she will always be remembered as the creator of Frankenstein.
The book continues to influence filmmakers, writers and popular culture to this day, inspiring and terrifying new audiences the world over.