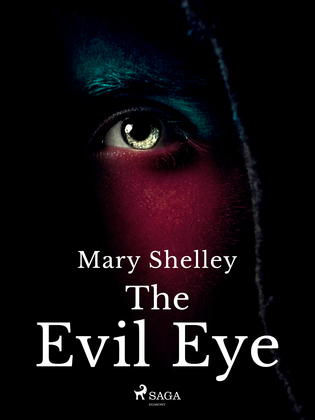 by Mary Shelley (Author)
Buy for $2.99 Excerpt
Fiction Classics Mystery & detective
warning_amber
One or more licenses for this book have been acquired by your organisation details

When his wife is murdered and his daughter abducted, Dmitri is drawn into a life of violence and crime. Alone in the Albanian mountains, Dmitri becomes a skilled criminal but his actions uncover a secret that force him to kidnap another man’s child.

Set in Albania and Greece, this Gothic tale of love and revenge is perfect for readers of crime stories like the ‘The Godfather’. ‘The Evil Eye’ (1829) is a classic short story by the English writer Mary Shelley, famous for her best-selling novel ‘Frankenstein’.

It has been adapted for TV, stage, and film on many occasions, with Boris Karloff famously playing Frankenstein’s monster on screen in 1933. Other adaptations include ‘Mary Shelley's Frankenstein’ (1994) starring Kenneth Branagh and Robert De Niro and ‘Viktor Frankenstein’ (2015) starring Daniel Radcliffe and James McAvoy.