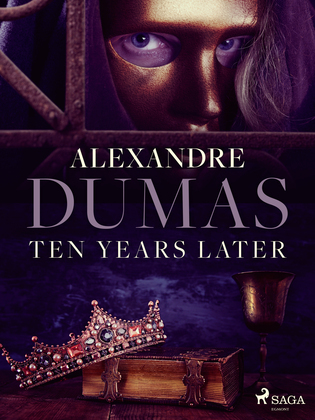 by Alexandre Dumas (Author)
Buy for $2.99 Excerpt
Fiction Classics Mystery & detective Traditional British
warning_amber
One or more licenses for this book have been acquired by your organisation details

The Four Musketeers embark on their final adventures in "Ten Years Later". This multi-part epic is set during a crucial time in the reign of King Louis XIV, as he transitions from hesitant teen to the beloved Sun King. And of course D’Artagnan, Porthos, Aramis and Athos all play their part. Our heroes’ exploits also feature the exiled King Charles II of England and the Bastille’s most infamous prisoner—The Man in the Iron Mask!

Brimming with romance and action "Ten Years Later" is a fitting send off to literature’s greatest swashbucklers.