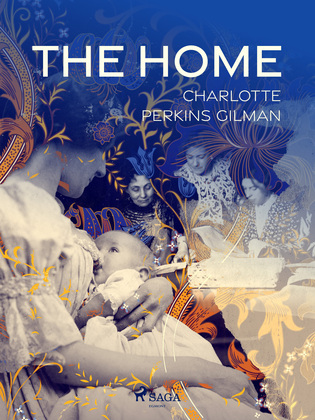 Often referred to as a ‘sociological study’, ´The Home: Its Work and Influence´ – written by Charlotte Perkins Gilman and published in 1903 – is an examination of the traditional household structure and the repression of women within a domestic role.

Ahead of her time on feminist issues and women’s suffrage, the author criticises the assumed domesticity of women in the early part of the 20th century. Gilman argues that liberating women (and men, for that matter) and enabling them to gain economic independence is an essential ingredient for improving a marriage, family, and their role as a parent – improving not only classic domestic setups but racial inequality too.

In ´The Home´, Gilman focuses on key topics such as cooking, domestic ethics, and children, in an effort to show how every household could benefit the entire family unit as well as society at large. This book is perfect for those interested in gaining insight into women's place in society in the early 20th century.

After working as a tutor and painter, Perkins – a self-declared humanist and tomboy – began to work as a writer of short stories, novels, non-fiction pieces, and poetry. Her best-known work is her semi-autobiographical short story, inspired by her post-natal depression, entitled ‘The Yellow Wallpaper’, which was published in 1892 and made into a film in 2011.

Gilman was a member of the American National Women's Hall of Fame and a strong believer that "the domestic environment oppressed women through the patriarchal beliefs upheld by society". A believer in euthanasia, she was diagnosed with incurable breast cancer in January 1932 and subsequently took her own life in August 1935, writing in her suicide note that she "chose chloroform over cancer".