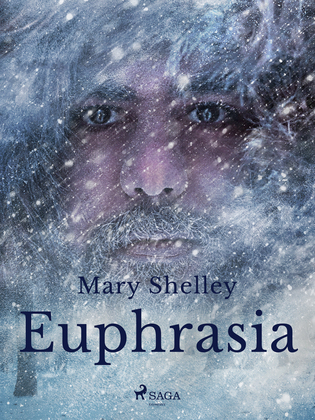 by Mary Shelley (Author)
Buy for $2.99 Excerpt
Fiction Classics Mystery & detective Traditional British
warning_amber
One or more licenses for this book have been acquired by your organisation details

A snowstorm delays four friends on their journey from Brighton to Lewes. While they wait for the storm to clear, Harry Valency tells his friends about his adventures as a soldier during the Greek revolution.

Desperate to prove himself as a worthy fighter, Harry is wounded during a Turkish ambush. But having proved his bravery, he is saved by Constantine who recounts the tragic story of his sister Euphrasia while they wait for help.

‘Euphrasia’ (1838) is one of many classic short stories by the English writer Mary Shelley and will delight fans of her best-selling novel ‘Frankenstein; or, The Modern Prometheus’ (1818).


Mary Shelley (1797–1851) was an English author and travel writer best known for her ground-breaking Gothic novel ‘Frankenstein’ (1818). Considered one of the first true works of science-fiction, the book became an instant bestseller and continues to influence filmmakers, writers, and popular culture to this day, inspiring and terrifying new audiences across the globe.

It has been adapted for TV, stage, and film on many occasions, with Boris Karloff famously playing Frankenstein’s monster on screen in 1933. Other adaptations include ‘Mary Shelley's Frankenstein’ (1994) starring Kenneth Branagh and Robert De Niro and ‘Viktor Frankenstein’ (2015) starring Daniel Radcliffe and James McAvoy.