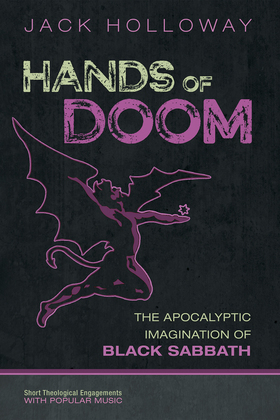 The Apocalyptic Imagination of Black Sabbath
by Jack Holloway (Author)
Buy for $19.00 Excerpt
Nonfiction Arts Music Heavy metal Religion Christianity
warning_amber
One or more licenses for this book have been acquired by your organisation details

"The world today is such a wicked place," Black Sabbath declared in 1969, when they recorded their debut album, set against a backdrop of war, assassinations, social unrest, and disillusionment. Cries for justice from the Civil Rights Movement, and for peace and love from the culture of "flower power," had been met with violent backlash from the ruling class. It was on this stage that Black Sabbath entered--the heaviest rock band the world had yet known. This band was shaped by a working class upbringing in Birmingham, England, where actual metal defined the small town existence of factories, bombed-out buildings, and little else. With their music, Sabbath captured the dread and the burgeoning pessimism that was haunting the minds of young people in the sixties and seventies.

Today, we are in a similar age of crisis: climate disaster, extreme inequality, police brutality, mass incarceration, and now, pandemic. Black Sabbath speaks to our time in ways few other bands can. They deploy apocalyptic imagery to capture the destruction of the planet by despotic superpowers, and they pronounce a prophetic indictment on agents of injustice. In this book, theologian and cultural critic Jack Holloway explores Black Sabbath's music and lyrics, and what they had to say to their historical context. From this analysis, Holloway outlines a Black Sabbath theology which carries significant import for modern life, reminding us of our deep responsibility to transform a broken world.