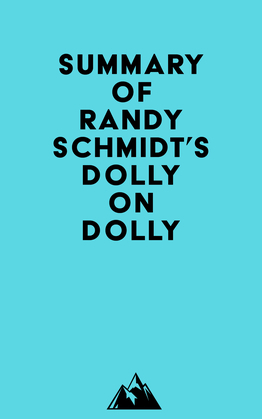 de   Everest Media (Autor)
Comprar por 3,99 $ Extracto
No Ficción Biografía y autobiografía Músicos y Compositores
warning_amber
One or more licenses for this book have been acquired by your organisation details

#2 Dolly Parton was born in 1946 in Sevier County, Tennessee. She grew up on a farm between Knoxville and Gatlinburg. When she was about five years old, her family moved to a place called Boogertown.

#3 I began singing when I was five or six years old. I was on a television and radio show in Knoxville called The Cas Walker Show. I sang on there during school vacations, in the summer, on holidays, and Christmas vacation.

#4 My family consists of twelve children, my mother and father, and me. My father is a construction worker who works with a company that travels some. He doesn’t travel that far away from home, but sometimes he has to go two hundred or three hundred miles from home for a couple of months.