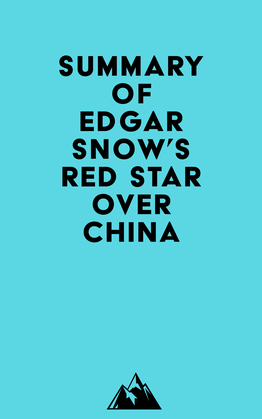 by   Everest Media (Author)
Buy for $3.99 Excerpt
Nonfiction History History by country Asia China
warning_amber
One or more licenses for this book have been acquired by your organisation details

#1 The Chinese Red Army was a mystery that no one had been able to solve. It was a mass of hungry brigands, some people said, while others claimed that they were fighting for agrarian revolution and against imperialism.

#4 I decided to try and enter Red territory in 1936. I had little to cheer me on my way, other than a letter of introduction to Mao Tse-tung, chairman of the Soviet Government. I had to find him.