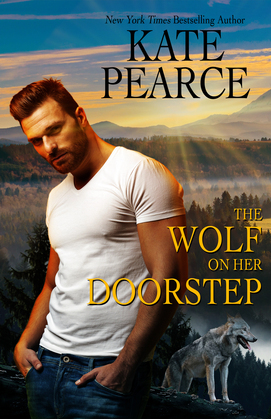 The Wolf on Her Doorstep

by Kate Pearce (Author)
Buy for $2.99 Excerpt
Fiction Romance Contemporary Western
warning_amber
One or more licenses for this book have been acquired by your organisation details

Beth Baker can tell that her summer tenant wants to be left to himself, and that suits her more than fine. Conner O’Neil is a brooding, retired Navy SEAL whose only friend seems to be his pet half-wolf, Loki. But Beth becomes concerned when Loki turns up on her doorstep, demanding she follow him back to Conner’s cabin . . .

Ailing, Conner would rather stay holed up like a wounded animal than allow anyone to nurse him back to health. But he quickly learns that resisting Beth is futile. Another discovery: they have more in common than he expected. She’s an irresistible blend of strength and gentleness, and soon enough, Conner wants to show her it’s okay to trust him, because he’ll never let trouble reach her side again . . .