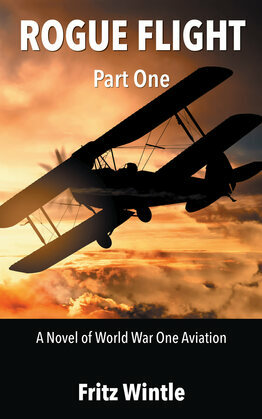 by Fritz Wintle (Author)
Buy for $5.44 Excerpt
Nonfiction History World War I
warning_amber
One or more licenses for this book have been acquired by your organisation details

General Caddell was determined to assemble a flight of talented aviators and supporting ground crew to wrestle command of the skies from the enemy.

This unlikely collection of individuals would have to work together to put the best pilots in the air with the best scout plane the Royal Flying Corps had in its arsenal. The ground crew were considered to be as equals with the aviators, as they were tasked to keep them alive. They would have to make these frail machines fly faster, turn tighter and be reliable enough to withstand the hazardous missions they were given.

This unlikely collection of individuals from different worlds and social standing had to learn to work together, and for that they had to break rules both in the air and on the ground. For that they needed rogues who could become heroes.

Captain John 'Singer' Singh-Smythe. Born leader and established ace. A mixed race social renegade, and the finest pilot the RFC had at the time.

Dickie Watson. An unassuming working class character from the slums of Hockley brook whose flying prowess would surpass all before him.

Claudette Faure. She and her family struggle to continue to run a modest estate in a tiny hamlet near the Western Front.

The life expectancy of an average pilot was short on both sides of the conflict. They would need each other to survive the attrition in the air, and hostility on the ground. From within themselves they would also learn to understand and respect the enemy, and hang on to what humanity they had left.