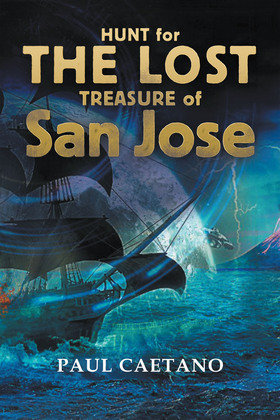 Hunt for the Lost Treasure of San Jose

by Paul Caetano (Author)
Buy for $3.99 Excerpt
Fiction Action & adventure
warning_amber
One or more licenses for this book have been acquired by your organisation details

On June 8, 1708, the Spanish Galleon San José exploded and sank somewhere in the Caribbean Sea, off the coast of Cartagena, Colombia, during an attack suffered by an English fleet. Along with it, 600 people died and treasured in gold, silver, coins and precious stones, now valued at twenty billion dollars. The exact site of its sinking has not yet been absolutely confirmed and it has been the subject of a legal dispute between several countries that have already made search and rescue excursions for what is now considered the Holy Grail of Shipwrecks.
This book inserts a fictional story into this real historical fact. In order to find a supposed shipwreck map made by one of the survivors, two teams of professionals, scientists and Marines, one from Spain and one from England, return to the past through two wormholes opened as a time tunnel. And then, the most exciting, risky and challenging competition begin, in which, to achieve their goals, the members have to follow clues that lead them to an intermittent sequence of breathtaking adventures.
Pirates, cannibals, Mayans, mermaids, sea monsters and volcanoes, among others, are the challenges that the enigmatic map brings to young people to be overcome, some of them deadly. Competition in the past has repercussions in the present, generating an international conflict around the dilemma: to what extent do people fight for their ideals? An exciting mix of science fiction, physics, Latin American history and fantasy, which will trap the reader from the first to the last page.