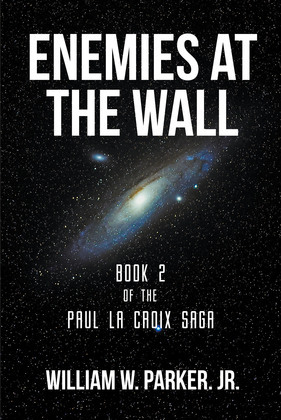 Enemies at the Wall

Abruptly from the sidelines came a melodious voice, “You’re mistaken, Lord Nan. It’s not Lord Shar you will be meeting. Your fight will be with me.” Angelique stepped out from the crowd in full battle armor, holding twin short swords. “I am Lady Shar and, therefore, champion to my betrothed. According to the Articles of Challenge, set in year ten of Emperor Cunver’s reign, either one or the other or both can choose a champion. I will always be my betrothed’s champion, as he is mine. Fight me, kufar” (“baby killer” in Sungari) “or surrender!” The crowd gasped in shock. The word meant “unbeliever” in Arabic, but unknowingly, she had used the only insult that Nan could not ignore nor could he choose a champion. No other warrior would interfere in this fight. It was a matter of Honor.

“I will kill you, trum, and then I will kill all of you squirms! You have no business existing in the Sungari Empire! Your interference has been tolerated enough. Stand and fight, then!”

Wounded killing a traitor, Paul was forced to sit on the sidelines as Angelique defended the Honor of the Clan. Once again, Clan Shar might be on the brink of destruction.