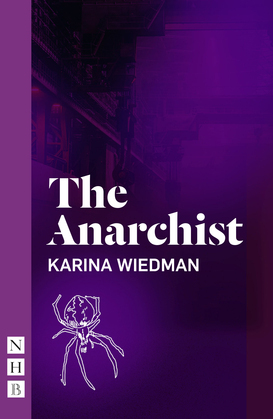 by Karina Wiedman (Author)
Buy for $18.49 Excerpt
Fiction Drama
warning_amber
One or more licenses for this book have been acquired by your organisation details

Middle-aged, middle-management Dasha is ordered to quell the anti-government protests in her factory in Belarus by firing sixty workers.

Her only escape is a one-way ticket to the US, but as she prepares to flee, she cannot escape memories of her rebellious youth resisting the Soviets. As her country heads to the polls, Dasha must make a decision…

The Anarchist is a gripping, timely and deeply moving play, which won the inaugural Woven Voices Prize for migrant playwrights. It was first performed during the Footprints Festival at Jermyn Street Theatre, London, in 2022, directed by Ebenezer Bamgboye.

Originally from Kazakhstan, Karina Wiedman lived in Russia and Belarus before moving to the UK. The Anarchist is her first play.