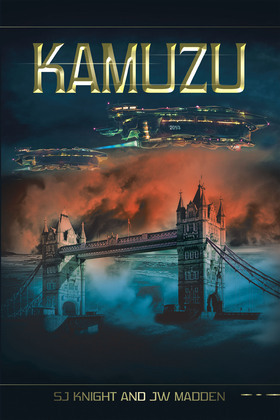 by Sj Knight (Author), Jw Madden (Author)
Buy for $4.99 Excerpt
Fiction Science fiction Adventure
warning_amber
One or more licenses for this book have been acquired by your organisation details

It is May 2033 in a bustling temporary city in Norway with around two thousand highly intelligent inhabitants. Global warming has caused polar ice caps to melt, and the Norwegian glaciers are no exception. Inside the temporary city, British science officer Deb Eaton is heading a team assigned to operation Nordic Key.

Because the glacier has dramatically receded, a four-thousand-year-old pyramid-like structure has now become visible. As Deb and a team of twelve scientists begin drilling into the pyramid to learn more, tragedy strikes and sends an alert to the commander of the international space station as well as to other scientists and leaders around the globe. What no one knows yet is that the ancient object either holds the key to the planet’s destruction or its survival. As one catastrophe after the other unfolds, many great minds from Scotland to the United States and beyond attempt to make sense of the chain of events. But will they be able to find a solution before it is too late?

Kamuzu is a thrilling tale of adversity and struggle as a small team of world leaders and enhanced humans fight for the survival of humanity and planet Earth.