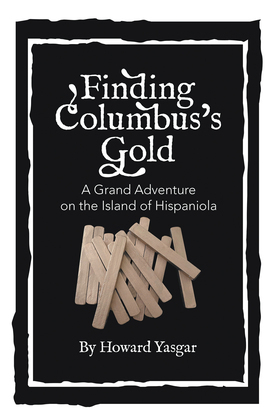 A Grand Adventure on the Island of Hispaniola
by Howard Yasgar (Author)
Buy for $8.99 Excerpt
Fiction Action & adventure Historical
warning_amber
One or more licenses for this book have been acquired by your organisation details

In 1966, an old friend invites Matt Vercair to Port-au-Prince, Haiti, to assist in disassembling and selling a now defunct Haitian railroad, acquired under unusual circumstances. Once in Haiti, Matt is introduced to chief archeologist Dr. Marc Blanchet. Blanchet is an expert on Christopher Columbus and everything he did on the island of Hispaniola.

According to Blanchet, the history being taught about Columbus is a fraud. Instead of exploration, Columbus’s true intentions were to amass gold and sell as many slaves as he could to finance his travels. Blanchet knows where a large cache of Columbus’s gold has been hidden in Haiti for five hundred years.

With the help of a map, Matt now embarks on an incredible journey to recover the gold, traveling across previously unexplored terrain. The railroad is of little concern as they search for hidden treasure, but it’s possible Matt is about to find a lot more than riches in the beautiful but dangerous wilds of Hispaniola.